The Vasil Hadžimanov Band invites you to the performance as part of the 11th Drum Dum Festival, which will be held on October 1, 2022, at the National Theater in Leskovac (Serbia). 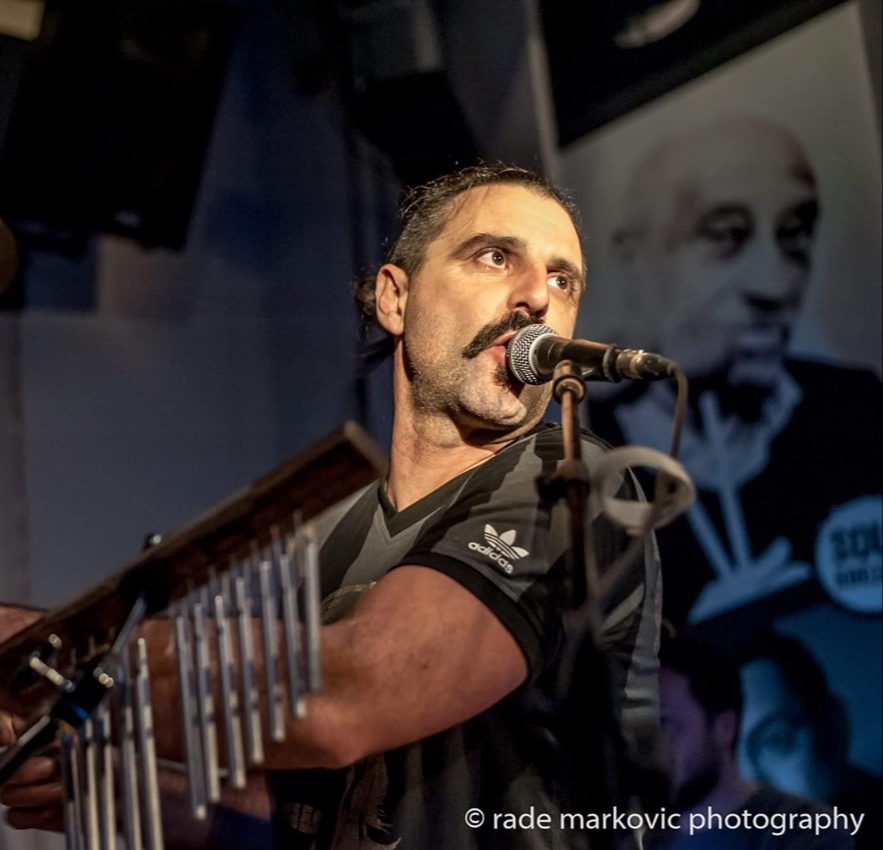 Vasil’s idea of ​​combining Balkan traditional, folk rhythms and western, modern musical styles (jazz, funk, rock, progressive, world music…) is completely authentic in his music and represents a unique approach to jazz music. Persisting, always present, a musician of endless working energy and musicality, Vasil Hadzhimanov, pianist, composer, arranger and pedagogue, is an indispensable link of Serbian jazz, from the end of the 20th century and the beginning of the new millennium, a personality who carries the binding gene of his ancestors who, each in his own way way, left their mark on Balkan music and cultural heritage. Among others, two eminent musicians, Viktor Filipovski on drums and Bojan Ivković on percussion, will perform in front of the audience in Leskovac.

Bojan Ivković (born October 15, 1975) is a musician and actor, original in his creativity, spontaneity, groove and speed. Bojan’s career spans more than two decades. His interest in music has existed since his early youth, and he started with the drums, probably the only instrument that could convey Bojan’s energy. He started playing in the Vasil Hadžimanov Band in 1999, and since then Bojan and Vasil have been inseparable, both professionally and personally. During his musical career, Bojan performed at numerous domestic and international festivals of jazz and “world” music. He participated in the recording of over 15 albums and in many other musical projects. Bojan is the winner of numerous awards for various musical achievements and is internationally recognized as one of the best jazz fusion percussionists today.

Viktor Filipovski was born in 1992 in Skopje, and he started playing music at the age of 14. As he was very interested in Macedonian traditional music, he enrolled in the Secondary Music School “Ilija Nikolovski Luj”, department – Macedonian traditional dances and music. He played various traditional instruments, while his main preoccupation was playing drums in underground punk bands. In the last few years, he has become one of the most engaged drummers on the Macedonian Jazz scene. Viktor becomes a member of the Vasil Hadzhimanov Band in 2020.

You can read more about the band itself if you visit the official website at: www.vhband.com

Tickets for the evening program of Drum Dum Fest 011 are available in advance and are priced at 1,000 RSD. You can get them at the National Theater in Leskovac. You can also buy tickets on the day of the festival. Welcome! 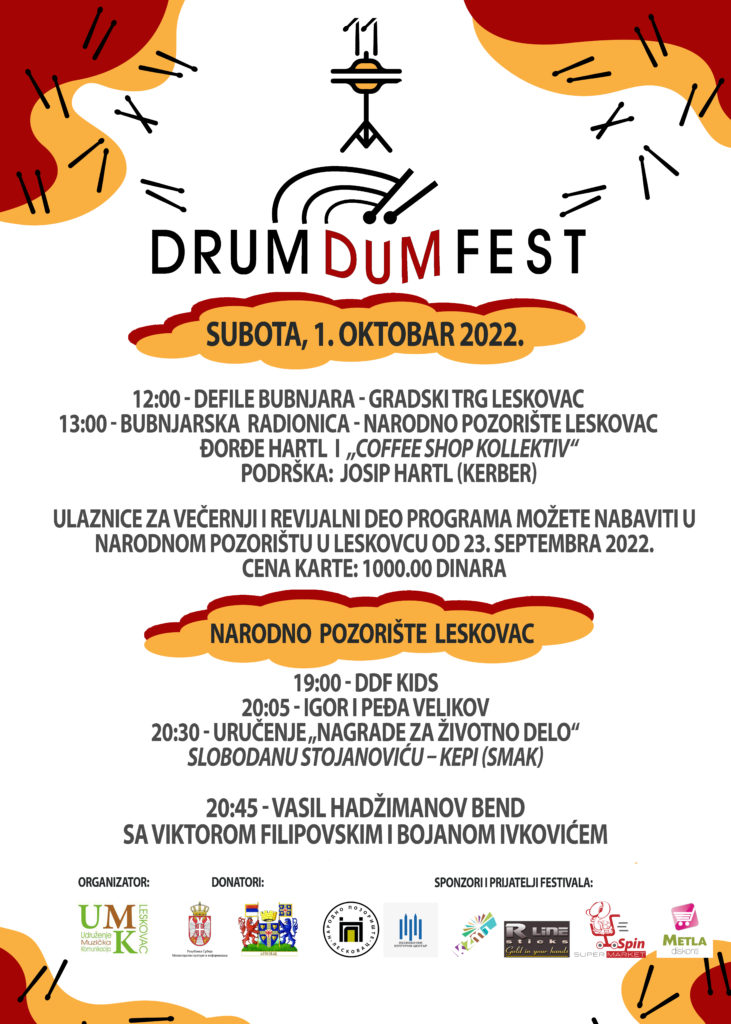 About the Author: DDF